Tridel understands that being an outstanding builder is about more than simply bricks and mortar, and that’s among the reasons why the company was named 2016 Ontario Home Builder of the Year at the Ontario Home Builders’ Association’s Annual Conference in Collingwood.

The Toronto-based condominium builder was awarded the honour based on its dedication to customer service and engagement, its commitment to creating sustainable communities, and its involvement and initiatives within those communities.

With a wealth of experience in the GTA building industry, many companies can construct quality buildings, so customer service has become an important differentiator, says Jim Ritchie, Tridel’s Senior Vice-President of Sales and Marketing.

“For homebuyers, it’s all about communication,” says Ritchie. “They really want to know what’s going on.” Every step of the way, from buyers’ introduction to the Customer Connection Centre, through the design and decor process and to home inspections, Tridel helps the customer understand the next step, Ritchie notes. The company keeps in touch through workshops, events, online resources and emails. Tridel has also created a video series on YouTube that covers topics such as basic condo maintenance, air quality and comfort, what to expect in common areas, caring for countertops, flooring and more.

One of Tridel’s mantras is “hotel-ready” says Ritchie, so when the first occupants of a new condo building move in, they don’t feel as if they are living in a construction zone. The lobby is 100% finished, the concierge is in place, corridors are finished and, in most cases, all amenities are working.

Ritchie says Tridel has developed metrics that allow it to deliver its products on time, with zero deficiencies. The company works with trades and suppliers on-site to mark-up suites and discuss what’s acceptable and what’s not. “We have more on-site staff than most builders and we manage the entire construction process, rather than having third-party contractors. We think it makes a difference, as we can control the quality of the finished product.”

Tridel’s ability to communicate begins long before buyers are involved. Planning a new development involves a variety of stakeholders and the company reaches out to local ratepayers, municipal staff and politicians to keep them informed and include them in the process. “We find consensus is the best way to get to where we have to go,” Ritchie says. “We don’t like to go to the Ontario Municipal Board. We’d rather work with stakeholders and you have to develop good relationships.”

Two examples include Tridel’s role as development partner in phase one of Toronto Community Housing’s 15-year redevelopment of Atkinson/Alexandra Park in downtown Toronto. The social housing project is transforming into a mixed-income, mixed-used neighbourhood with new co-op townhouses and apartments and refurbished units to replace aging housing stock, as well as new-market condos and townhouses. In addition to collaborating with TCH, Tridel has forged relationships with residents, who have been actively involved in the decision-making process for the revitalization.

In the Yonge-Eglinton neighbourhood, Tridel built two condo residences as part of The Republic development, as well as a new high school on the site of the old North Toronto Collegiate Institute. Tridel worked with multiple stakeholders, including the ratepayer and political representatives, the Toronto District School Board and even school students and staff. “You have to have the right people who can listen well and react and work things out,” says Ritchie.

Tridel is also an innovator in green building. It’s the largest builder of sustainable condo buildings in Canada, with its buildings making up more than 25% of all high-rise residential LEED projects in Ontario, with 10 million square feet of LEED Silver or Gold certified or candidate buildings.

“We started our first LEED project 16 years ago with our Verve community, and since we started, we have become leaders,” says Ritchie. “We (now) have 30 green buildings. It started because we were concerned about the operating costs of condos and looking at ways to make that better. We realized that developing green buildings provided attributes beyond cost savings. They were built better, performed better and the long-term benefits to homeowners were huge.”

Tridel is also a partner in Tower Labs, a Toronto non-profit green building technology accelerator, to find the most energy-efficient and highest performing building technologies. With Tower Labs, Tridel has launched NetZed at its Aqualina condo in Toronto’s East Bayfront, a net-zero suite that will produce as much energy as it consumes.

With the move toward more intensification and creating communities where people can live, work and play, mixed-use developments are becoming common and Tridel has again been taking a leadership role, with successful projects such as Hullmark Centre at Yonge and Sheppard Ave. in North York, where a podium with retail and office space joins two condo towers.

“We look at locations that essentially have the opportunity for employment and transit, and other aspects that people are looking for in terms of infrastructure,” says Ritchie. “Almost any city location can lend itself to mixed-use.”

Tridel has fostered a vibrant corporate culture and its goals include forging strong relationships with its work family, offering its employees opportunities to grow and develop professionally, while also taking a creative and collaborative approach in decision-making.

As part of its community-building measures in recent years, Tridel launched BOLT (Building Opportunities for Life Today) in 2009 to connect youth-at-risk to careers in construction through programs and scholarships. Since 2013, BOLT has been a stand-alone charitable foundation, but Tridel is still committed to the cause and has raised more than $1.2 million to provide 168 scholarships.

Recently, the company collaborated with Bowery Project in the Alexandra Park community to sponsor an urban farm by growing vegetables in 1,500 milk crates beside the new YMCA Youth Shelter adjacent to Tridel’s SQ condos. “It engages youth and volunteers,” says Ritchie, “and last year, the project grew 400 pounds of organic produce that goes to various shelters in the city.” 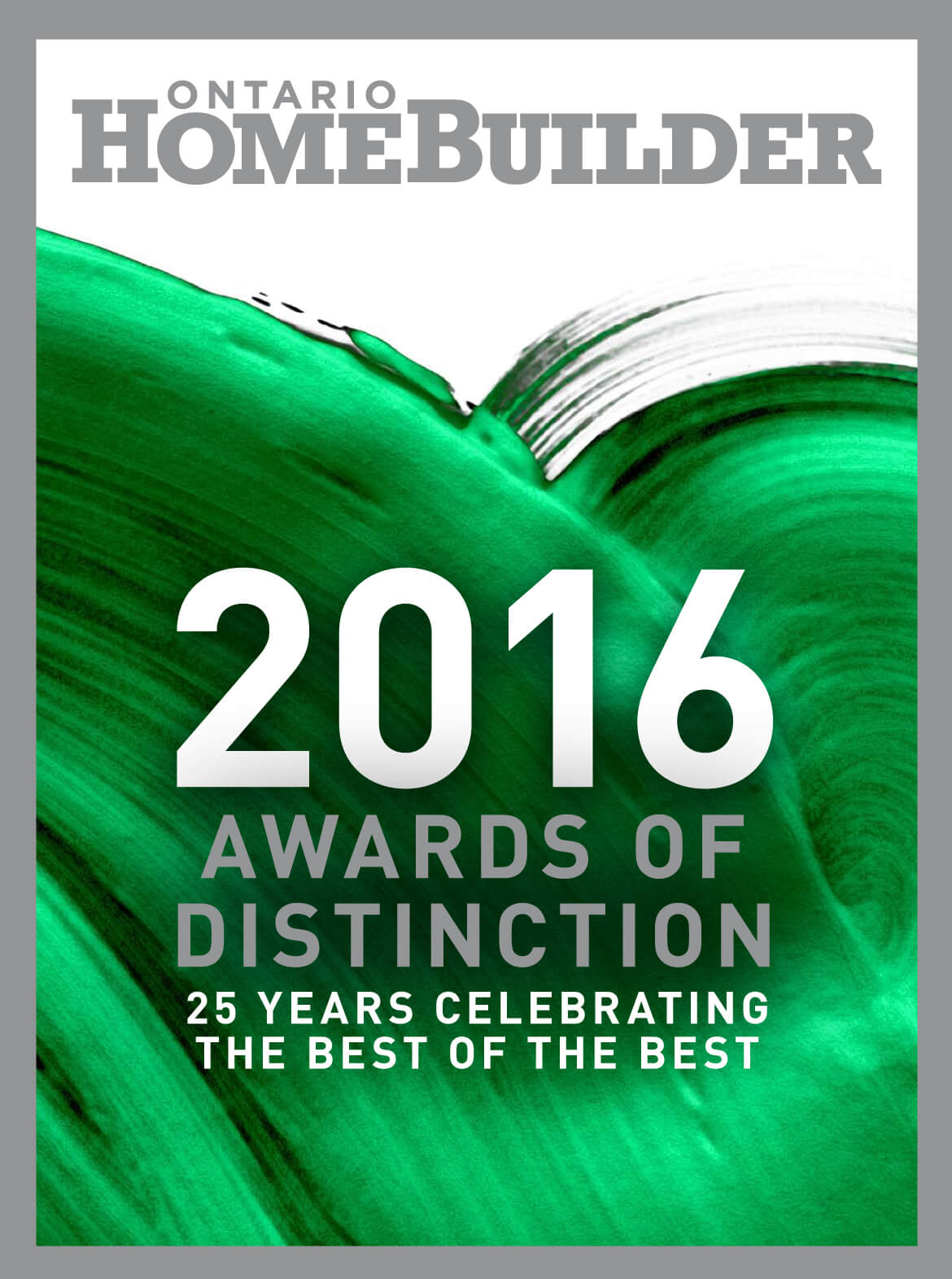 Renovator Of The Year