When Paul Golini Jr. and brothers Andrew and Dan Guizzetti launched Empire 22 years ago, they brought a bold new vision to a business that had been started by Golini’s father and the Guizzettis’ uncle.

Paolo Golini Sr. and Andy Guizzetti had formed a company in 1986 to develop land in the Dundas, Ontario area. But when the younger Golini and Guizzettis joined the business in the early 1990s, they wanted to create an innovative land development and building company that would take the process from start to finish, beginning with market research and raw land development, to community design, to construction to customer service. In 1993, the business was relaunched as Empire Communities.

But Ontario was in the throes of a recession and the three young men had to temper their dreams with hard reality. They pitched in to work as labourers and site supervisors, swept floors at new houses, decorated model homes, delivered oil to housing sites and acted as couriers.

Perseverance and patience won out and the vision unfolded. Empire has become one of the province’s top builders of master-planned communities, constructing more than 10,000 single-family and high-rise homes across Southwestern Ontario and the GTA over the past 20 years. Recent efforts, such as Empire’s Eau Du Soleil waterfront community, helped the company earn Ontario Home Builder of the Year honours at the Ontario Home Builders’ Association 2015 Awards of Distinction.

“Definitely all awards are good, but this one (Home Builder of the Year) is special,” says Golini, Empire’s executive vice-president. “First, colleagues and peers in the industry who know a lot about the new-home building industry are giving us this award. Being recognized in your own industry for excellence is a great thing unto itself.”

It’s also a testament to the Empire team and how much the company’s 300 employees are dedicated to what they do, Golini says. “Everyone cares about doing a good job and it shows. We didn’t win Perfect Builder of the Year, we won Home Builder of the Year. It’s not about the building the biggest house or the most houses or about having the best design, but about doing a lot of little things right.”

While many builders concentrated on Toronto and the immediate surroundings, Empire took a chance on places such as Brantford, Binbrook (in the Hamilton area) and Breslau (on the edge of Kitchener) before the Greenbelt legislation came in. Those sites weren’t affected by the development restrictions the legislation imposed and this allowed Empire to create large master-planned communities and play a leading role in the ongoing evolution of those areas.

At the time, those communities may have seemed like they were in the middle of nowhere. But Empire recognized that all were within easy commuting distance of larger urban centres such as Kitchener/Waterloo, Hamilton and St. Catharines. And they offered buyers more affordable housing costs than in the GTA since land costs were lower.

“We’ve grown to be a regional builder and we aren’t afraid to go into areas that have been overlooked or that other developer-builders may not have wanted to risk going into,” says Golini.

Empire continues to build low-rise communities outside the 416 area code and has just launched Avalon in Caledonia, 10 minutes from the Hamilton airport. The master-planned community will eventually have more than 3,300 homes.

The company is also the largest Energy Star homebuilder in Southwestern Ontario and one of the only to offer Energy Star certification as a standard for all its single-family homes. “We are always trying to go beyond Energy Star,” says Golini, “and our strategy is to keep a step ahead.”

Empire also became one of the first low-rise builders to embrace high-rise construction in 1997 when it developed Empire Place on a piece of land it had held for years in Richmond Hill. The best condo consultants were hired, from the architect to the surveyor, and the partners used the experience working with those experts to educate themselves about condo building.

Now high-rise projects constitute about half of Empire’s business. While its low-rise sites are outside the 416 area, it moved into the GTA market with downtown projects including Fly, Schoolhouse and Modern, as well as the Continental and C-Condos in North York, and Rain in Oakville.

Its latest condo projects include Senses in Oakville, and Eau Du Soleil, a project that will be a flagship for Empire. One of Canada’s tallest waterfront condos, it will be “a high-rise city” with 1,285 units, while rising to 700 feet, with two towers connected by a series of cascading terraces.

In 2016, Empire also plans to launch “an incredible project” in the coveted Yorkville neighbourhood in Toronto, Golini notes.

Last year, the company underwent a rebranding to mark its two decades in business, engaging its executives, employees and homebuyers in the exercise. It dropped ‘Communities’ from its name to become simply ‘Empire,’ while creating a new logo and adopting orange—“an optimistic colour”—as the signature colour of its brand.

Golini says the rebranding was about looking forward and constituted “a re-
affirmation of what we do and why we do it; what made us who we are.

“We know there’s a lot of growth ahead of us and we strive for continual improvement,” he says. “We know we aren’t perfect, but we always try to be better at what we do. We feel there is an opportunity to design communities outside the GTA and to bring home ownership to those who perhaps haven’t had the opportunity before. We are always looking to bring good design and affordability to our communities.”

Golini said he and his partners are grateful for the foresight that his father and the Guizzettis’ uncle provided, something that has helped to shape the company and create its positive corporate culture.

“Dan, Andrew and I have a great partnership and we’re totally aligned to our commitment to excellence. We all bring our different strengths to Empire and we have been able to create a culture that still has a family approach,” says Golini.

He said building a successful corporate culture starts at the top, and all three partners are fully engaged in the company. “We strive to work as hard and to be as focused as the first day we started here,” says Golini. “We still have passion and enthusiasm and it’s about passing that energy down. (Each of us has) done every job in the company and we appreciate every job that has to be done.”

Empire employees are active volunteers who have participated in fundraising initiatives, including Habitat for Humanity, a $250,000 sponsorship to Brantford’s Wayne Gretzky Sports Centre, a $33,000 donation to David Hornell Jr. School for an outdoor classroom and $40,000 to the Brantford Home Builders’ Association Annual Luncheon.

Empire has also initiated a Heroes program to recognize everyday heroes such as police officers, firefighters, paramedics, doctors, nurses, Armed Forces members, reservists and veterans. Those individuals are offered a 2% discount off the purchase price of a new Empire home. And for every home that is purchased, a $1,000 donation is made to a local hospital

“Our philanthropy stems from the fact that we are community builders, and when we go into new areas it’s important to get to know the community, as we’ll be there for 10 to 15 years,” Golini says. “We start as outsiders but, over time, we become locals and understand the local cities and communities. We always get involved with the Chamber of Commerce and we make donations to local hospitals and community centres. And we go right down to the micro-level and sponsor hockey and baseball teams.”

That type of involvement can require some creative scheduling, Golini explains. “Because we are so spread out (in the areas Empire develops and builds in), we divide and conquer. We might have one staff member going to the Chamber of Commerce meeting in Oakville, one going to a children’s charity in Niagara, and I’m going to a hospital foundation charity somewhere else. It’s a lot of ground to cover, but it’s part of what we do.” 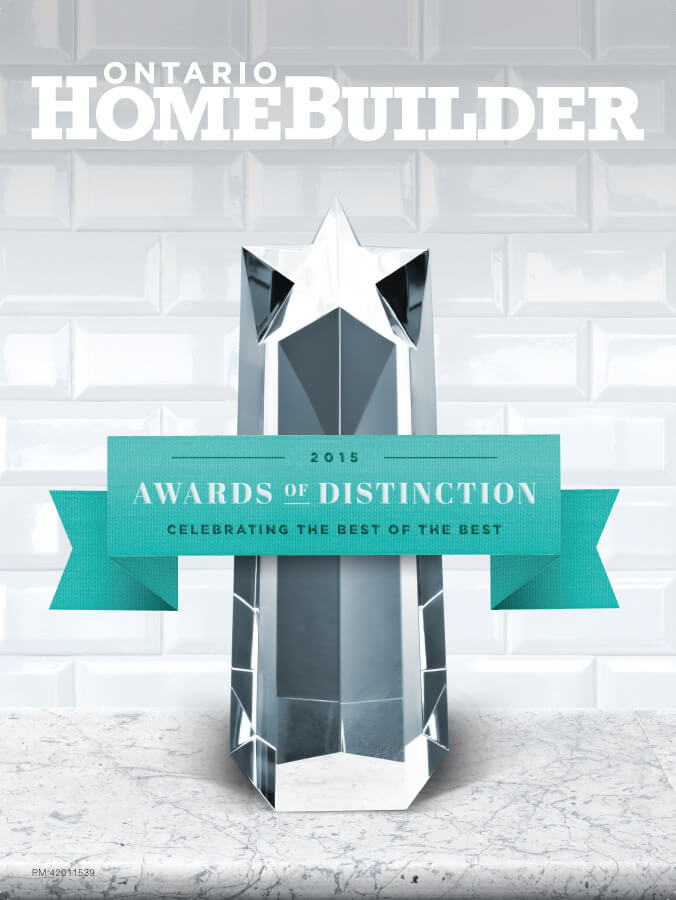