OHBA members have shone during the pandemic 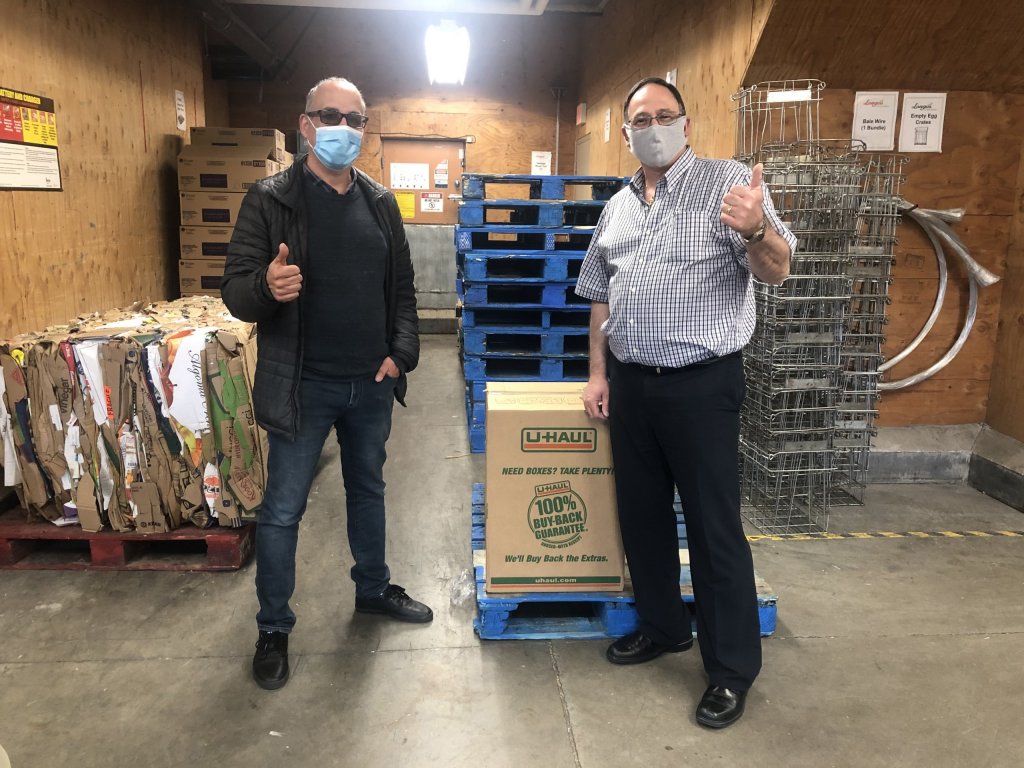 Canadian author Charles de Lint once observed, “Every time you do a good deed, you shine the light a little farther into the dark. And the thing is, when you’re gone, that light is going to keep shining on, pushing the shadows back.”

With the COVID-19 pandemic weighing on people’s emotional as much as physical health, every kind gesture has had that sort of effect—helping to pierce the darkness with a warming spotlight on those who need—and deserve—it most. From a pizza lunch to financial donations, and from manufacturing and distributing personal protective equipment to simply lending a helping hand in times of need, Ontario Home Builders’ Association members have dug deep to help care for their respective communities over the past few months.

Below is just a small handful of good deeds that have helped brighten the days for so many Ontario residents and frontline workers—gestures that are likely to be long remembered. 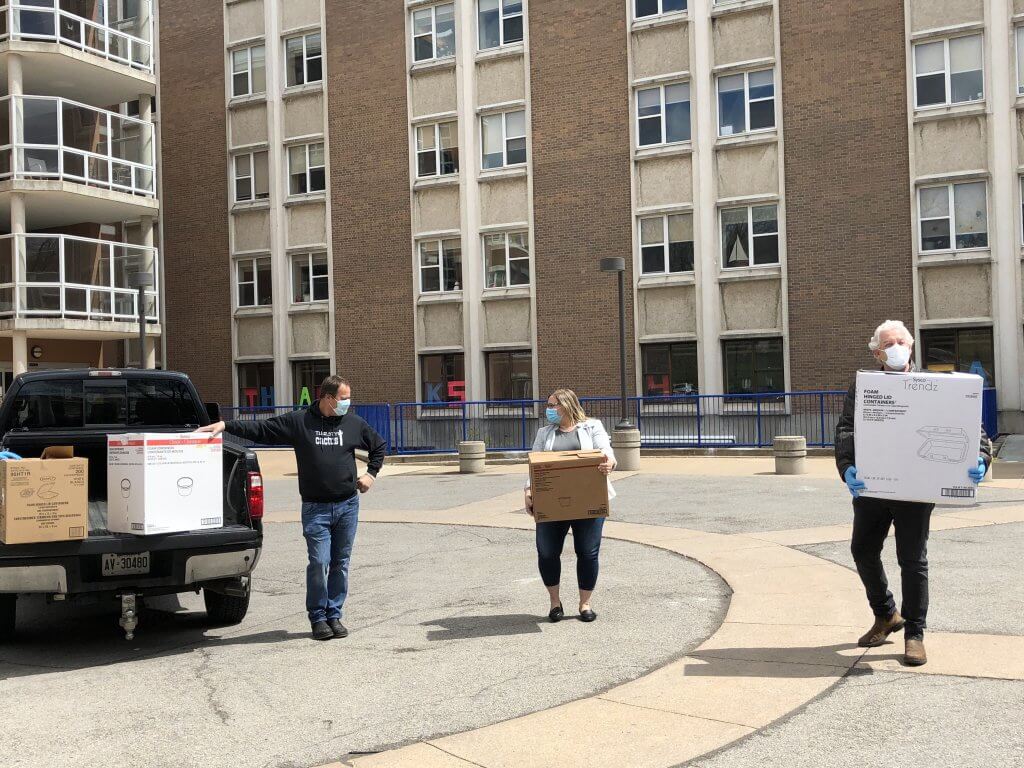 “We’re very proud to be part of this great initiative and to have the opportunity to thank (those) who work tirelessly to keep our communities safe,” said Robert Molinaro, West End HBA President.

“The support we’re seeing from the community means a whole lot to our crews,” said Vanessa Vis, an Advanced Care Paramedic with Halton Region EMS, “They’re very grateful for it.”

“We are overwhelmed by the community support for our frontline health care team,” added Mieke Ewen, Administrator at St. Joseph’s Villa. “Having local businesses deliver meals for our staff is inspiring.”

Kirin Air Systems, meanwhile, was on the receiving end of a good deed from Enercare in late April.

“It’s great to have all these big companies under one roof. We get to know these people, and in a time of need people can help each other out,” Onkar Singh, air conditioning technician at Kirin Air, observes of membership in the West End HBA.

“We were on a jobsite in Cambridge on a house that had already closed, but the plumbing assembly for a tankless water heater was missing. It had been stolen from the site. So there was no hot water for the family about to move in,” Singh relates. “We tried all of our suppliers, but couldn’t find anyone who could supply the kit, since many vendors had shut down or were working on very low resources due to COVID-19. So we called Enercare. We had it in our hands less than 40 minutes after I called. They charged us nothing and even offered to install it, but we had our own installers. And it wasn’t even for their product! They just wanted to help out and be there for the contractors.

“I thought we were going to have to replace the entire tank,” says Singh. “Sometimes it’s not the big things; it’s the small things that matter.” 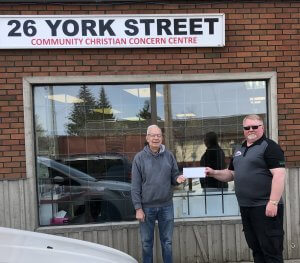 “When we had to press pause on projects and ensure everyone was safe, the team decided that they wanted to challenge themselves,” says Jamie Adam of Kitchener’s Pioneer Craftsmen. “We posed a challenge to our team to do things from home that would help our community, to reach out and check in on clients. Some donated blood, some signed up for the zero-waste challenge and others reached out to seniors to help them with whatever needed a helping hand.” 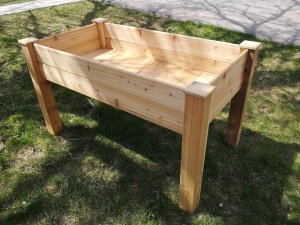 The craftsmanship of Pioneer’s carpenters and apprentices was also on full display. “Whether it was to learn a new skill online, to build something they’ve never built before, or to do something good for the environment, the team has been creating the foundation for a fundraising effort close to our hearts,” added Adam, whose employees fashioned everything from kitchen trays to Muskoka chairs and picnic tables for charity.

“This has been a labour of love for us and proceeds from the sale of these items will go to continued support of the Foodbank of Waterloo Region and the amazing frontline workers in our community. We could not be more proud of the ways our team collaborated to make a difference.” 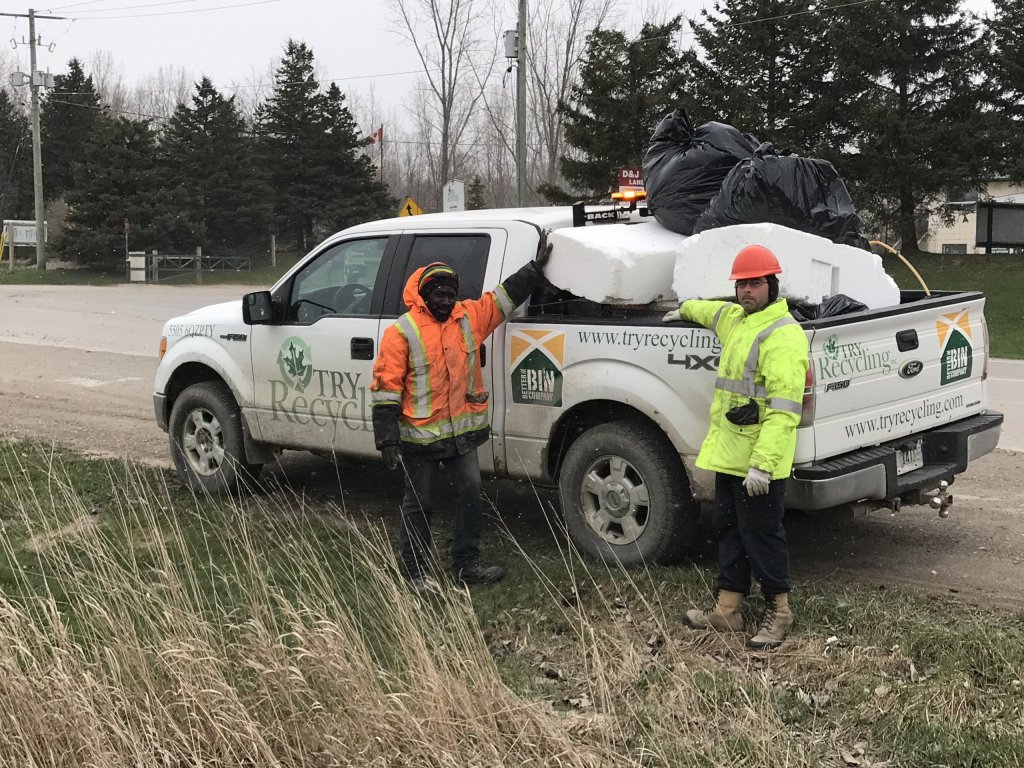 Led by their company’s Compliance/Safety Supervisor Chris Humphries,Try Recycling stepped in to clean up their neighbourhood.

“I knew the London Clean and Green project had been postponed due to the virus,” says Humphries. “This is something I’ve prided myself on since we got involved several years ago and I knew that somehow we had to still do our parts to help out the community that supports us. So I got a couple of our team members and cleaned the areas close to main intersections and neighbourhoods near our facility. Altogether, the three of us picked up 1,450 pounds of debris from the ditches, curbs and lawns around the city.”

Covenant Construction joined forces with Woodworkers United and turned their currently closed showroom into a mini production line of PPE face shields, with donations going to the St. Thomas hospital.

LHBA also rallied its members to participate in a spring Business Cares Food Drive to raise funds for the London Food Bank.

“Traditionally, the drive is in December, but this spring, because the need was so great, we geared up for a quick 10-day infusion of cash to the Food Bank,” notes Lois Langdon, CEO of the London Home Builders’ Association. “It was successful with the equivalent of 188,696 pounds of food being generated, as compared to the 56,000 normally collected. Also a big shout-out to Mark Vaandering and Millennium Construction & Design Inc. and their supporters for gathering an impressive $11,000 on their own!”

Other contributions from members included Libro Credit Union’s $320,000 donation to United Way emergency response programs, and London Hydro, which contributed thousands of masks for frontline health care workers and $250,000 to a fund that helps customers who are struggling to pay their bills.

It started as a one-time pizza party for emergency nurses at St. Michael’s Hospital in Toronto.

“My sister’s girlfriend and her fellow nurses are working 12+ hours a day to screen and keep people safe from COVID-19, risking their lives to keep us safe,” observes Laura MacDonald-Rumi, Assistant G.M. and Sommelier at the Terroni Group. “In under three days, I was able to raise money for two local restaurants to help me send the day and night shifts enough pizza to keep their bellies full! We have been asked to keep going. So, with the help of Terroni and General Assembly Pizza, each week we will be sending enough pizza to feed the day and night shifts in the emergency unit at a different hospital.”

A Concord-based home builder was moved by the gesture. “We were really touched by the work those restaurants were doing for our frontline workers, so we donated $5,000 to this great cause,” notes Alana Severino of National Homes.

But that was just a small part of their contributions thus far. As of mid-May, National Homes has already donated some 430 sandwiches from California Sandwiches in Woodbridge to Sunnybrook Hospital, Mt. Sinai Hospital, Toronto East Drop-In Shelter and Blue Door Men’s Shelter in Bradford. As well, 2,400 KN95 hospital masks were delivered to five hospitals: Sunnybrook, Brampton Civic Hospital, Trillium Health in Mississauga, Joseph Brant in Burlington and Lakeridge Health in Bowmanville. Further, Walmart Gift Cards were donated to the Brampton Salvation Army and the George Hull Centre in Etobicoke. 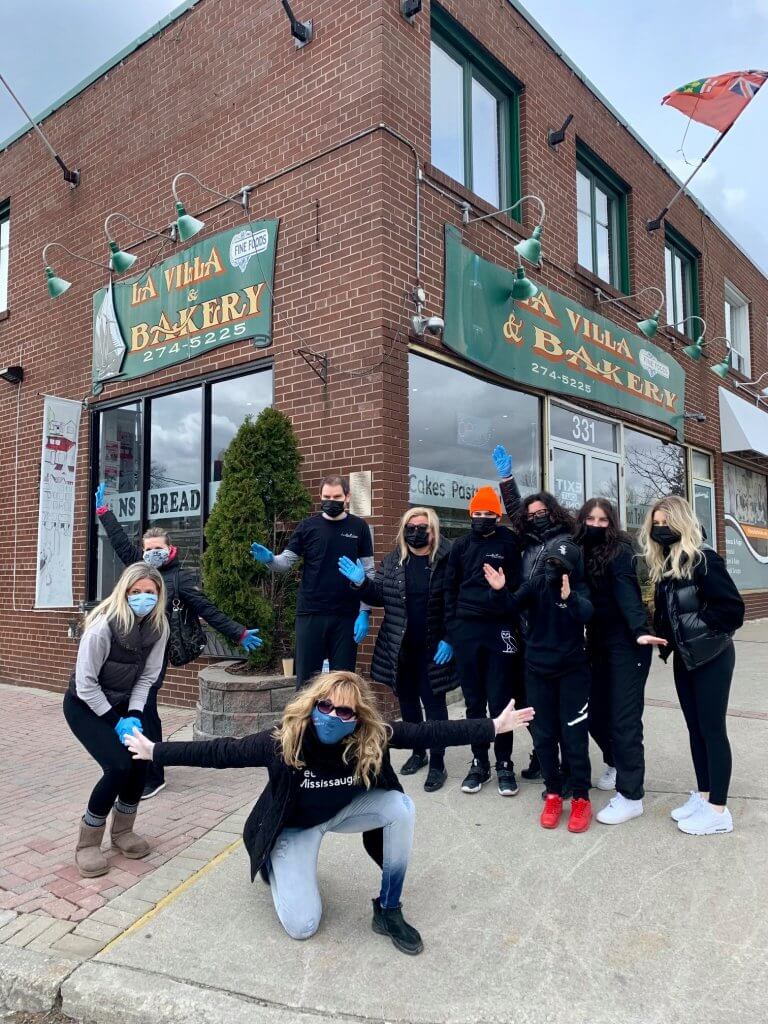 In2ition Realty is part of a community group rallying to support Feed Missisauga.

In Mississauga, Debbie Cosic and her team at In2ition Realty joined together with several community partners as part of the Feed Mississauga initiative through ’twas the Bite Before Christmas Foundation. As of the first week of June, their efforts had already raised more than $20,000 and helped to deliver 6,200 meals to those in need of a cooked meal, as well as more than $5,000 worth of goods for the Children’s Aid Foundation throughout the city of Mississauga. 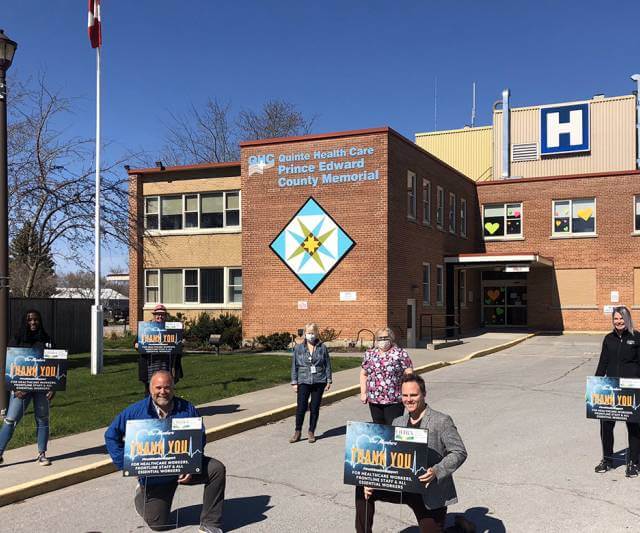 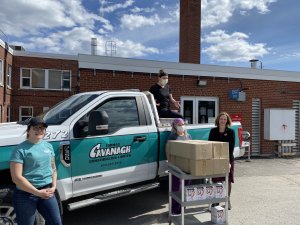 While the need for home upgrades only increased during the pandemic, income for many dried up—particularly in the first two months. In response, four Niagara builders launched “Building up Niagara.” Developed by DRT Custom Homes, Perrella Homes Inc., Parkside Homes and Niagara Pines Developments, the campaign was designed to support those who have fallen on hard times as a result of COVID-19. One deserving household received the prize of a project build valued up to $5,000, be it a wheelchair ramp, deck, shed, children’s playground or any other project. 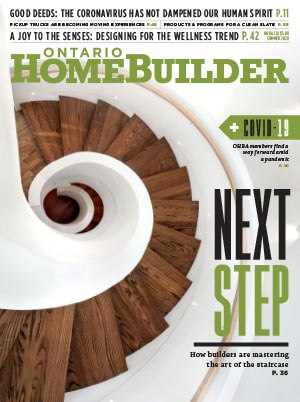 Taking design to the next level Some people think of stairs simply as a means of getting from one level to the next. But as a central artery in the composition of homes and buildings, there’s an underlying artistic opportunity that’s rarely lost on architects and designers. Tridel is among the many developers seeking inspiration […] ... Read more