This past May, the largest-yet international business delegation of 27 OHBA members from across Ontario travelled to Denmark and Sweden for OHBA’s 2019 International Housing Study Tour, which featured four jam-packed days of meeting directly with European academic, research, architectural and business leaders and tours of new communities. 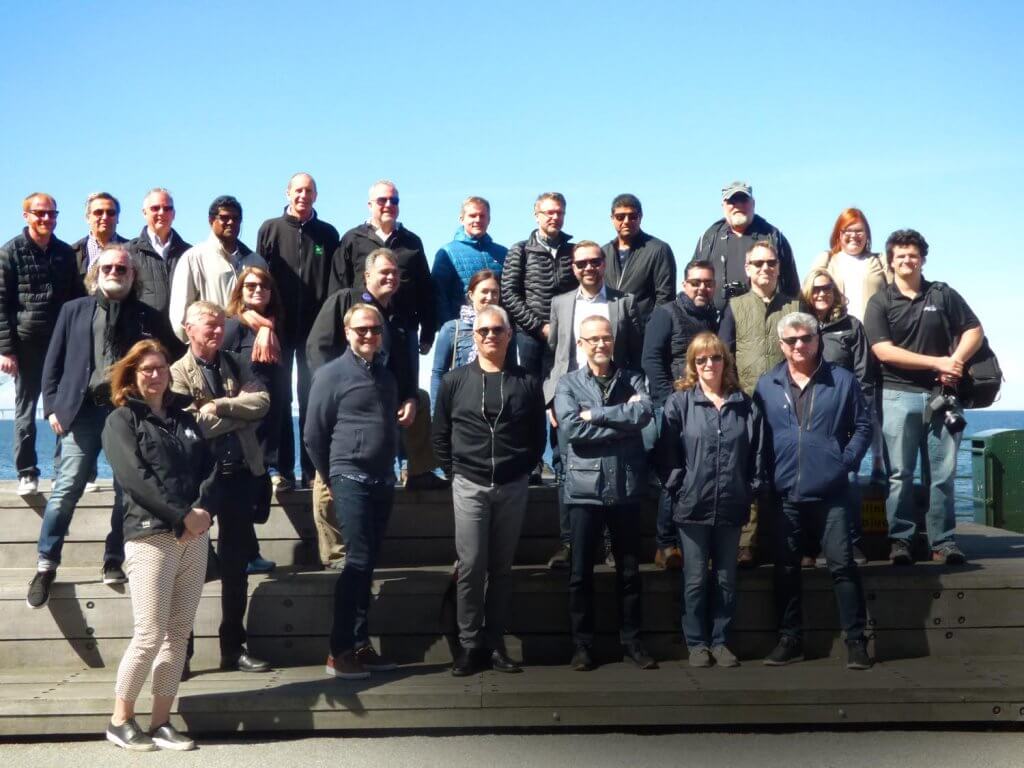 On day one, we visited Cophenhagen’s BLOXHUB, which is the Nordic hub for sustainable urbanization, founded on the belief that the challenges of global urbanization and climate change require new ways of collaboration.

Following a lecture at the Danish Architectural Centre exploring Danish architect and urban designer Jan Gehl’s “cities are for people” principles, OHBA toured four sites in the emerging Ørestad City at the south end of Copenhagen, including one of the most spectacular residential buildings in the world, “8 House.” The bowtie-shaped, nearly 500-unit 8 House stacks horizontal layers of differing unit typologies. They’re all connected by a continuous public path stretching from street level to the penthouses on the 10th floor that allows people to bike all the way from the ground floor to the top, winding throughout the entire urban block. We also visited the Mountain Dwelling and the neighbouring VM Houses with its spectacular (and scary-looking) piercing triangular balconies, as well as possibly the most expensive student residence ever built, the Tietgenkollegeit. 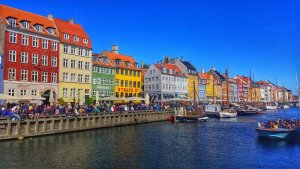 On our second day, OHBA visited some sites in Nordhavn, which, like Toronto and Hamilton’s former industrial ports, is undergoing a massive transformation into a thriving mixed-use waterfront community. The most eye-catching was a 17-storey former grain silo in the area that has been transformed into “The Silo,” housing residential apartments, a small museum and a restaurant up top.

The afternoon featured two innovative projects including The Maersk Tower, a state-of-the-art research building whose innovative design creates a relief-like grid structure of copper-covered shutters. The shutters of the facade function as movable climate shields that, depending on weather, automatically open or close to ensure a comfortable indoor climate. We were lucky to be onsite at a moment in which the climate shields moved into a new position. On the final

day of the international housing study tour, we crossed the Øresund Bridge and tunnel—the longest combined road and rail bridge in Europe—to Malmö, Sweden. We started our day with Lotta Hansson, who is with the Malmö Planning Department at the 190-metre-tall Turning Torso tower in the Western Harbour neighbourhood. Like Nordhavn, the Western Harbour was once a busy industrial port that has been transformed into a thriving residential community. The mixed-density community was full of diverse “missing middle” housing typologies, interesting urban design quirks and eye-opening designs for transforming stormwater facilities into urban amenities in small parkettes and along side streets. 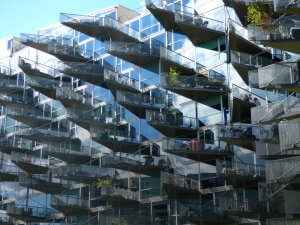 The VM Houses, by architects BIG + JDS = PLOT, offer a rather unique interpretation and design for balconies

Later in the day we were joined by the Swedish equivalent to the Ministry of Municipal Affairs and Housing (The Boverket) and by a specialist for fire suppression in tall wood buildings. The tour concluded with the new Hyllie mid-to-high density, transit-oriented greenfield development community that has taken off since the bridge to Copenhagen was completed. Essentially, two distinct cities in two different countries have been unified into a single functioning urban region upon the completion of the bridge linking Copenhagen and Malmö in 2000.

OHBA thanks our Housing Tour partner EnerQuality, as well as major tour sponsors Velux, Cricket Energy, Ozz Electric and Building Knowledge Canada for their support of a very successful tour that focused on energy sustainability and architecture.

Stay tuned for details on the 2020 tour destination! 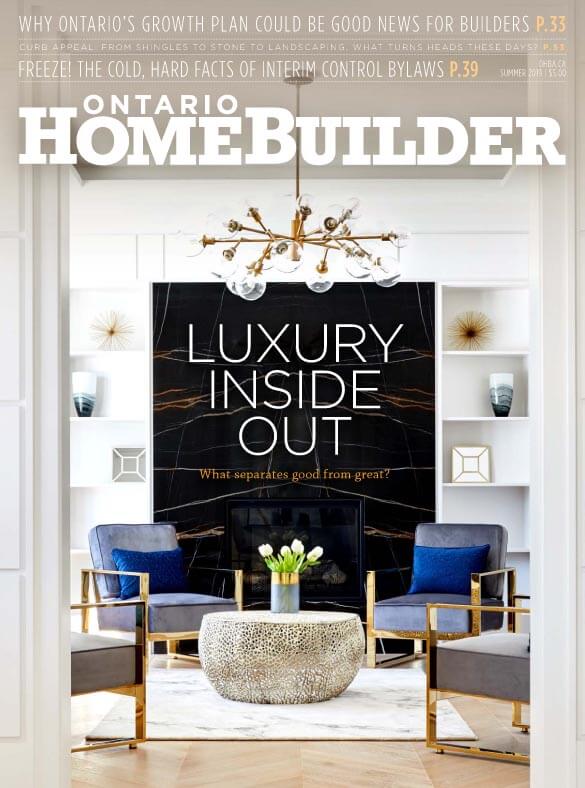 By Joe Vaccaro, CEO of OHBA

It’s time for bold leadership to fix the housing issues facing Ontario communities The urban dictionary defines the term, “elephant in the room” as “a very large issue that everyone is acutely aware of, but nobody wants to talk about. Perhaps a sore spot, perhaps politically incorrect, or perhaps a political hot potato, it’s something […] ... Read more

By freezing development in its path, interim control bylaws can have unintended consequences Dictionary.com describes the word Draconian as, “of, relating to, or characteristic of the Athenian statesman Draco, or his severe code of laws; rigorous; unusually severe or cruel.” This is noteworthy because, although not exactly a word one typically encounters in common parlance, […] ... Read more

Luxury Home Building – It’s All In The Details

The obvious—and not so obvious—elements that define luxury home building “It’s about using stone and brick, not stucco; and natural stone, not veneer. It’s the extra things that go into the house.” Nikki Stefaniuk, the director of business development and marketing for RS Homes, is talking about some of the details that separate good from […] ... Read more
Recent Magazine Articles
Archive Categories