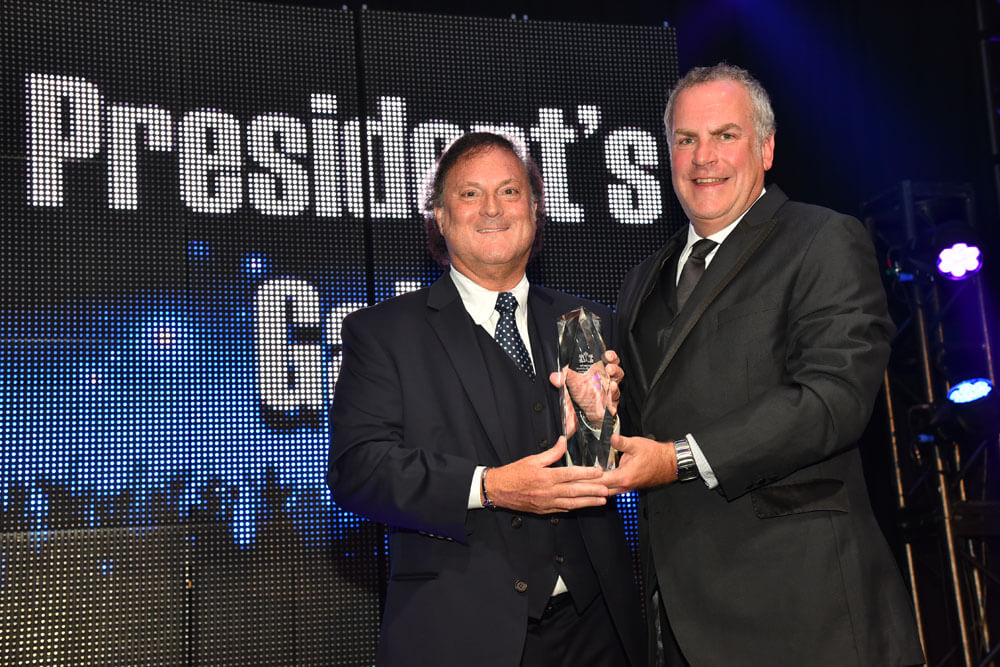 Herskowitz recognized for his collective contributions to the industry

When Harry Herskowitz entered Osgoode Hall Law School, he envisioned a career working in family law. Instead, he gravitated towards commercial and business courses and became intrigued by the prospect of working with architects, engineers, builders and developers.

After being called to the bar of Ontario in 1979, Herskowitz joined DelZotto, Zorzi LLP, where today he is a senior partner and leads the firm’s real estate department, with emphasis on land development and condominium law.

He was awarded the OHBA’s 2017 Lifetime Achievement Award for his contribution and leadership as past Tarion Warranty Corporation chair (2008 to 2014) and Tarion board member (since 1999), as well as for his outstanding leadership and service to the residential construction industry.

Harry Herskowitz has used his legal expertise to represent developers and help them create new home communities throughout the province. “Over his many years of service, Tarion, OHBA and the industry have benefited greatly from Harry’s keen, analytical mind, his constructive arbitration skills and his vast expertise and knowledge about our industry, the law and the New Home Warranty Act.

As Tarion Chair, he led the organization with character, integrity and great wisdom,” says OHBA president Pierre Dufresne. “In the 20 years I’ve known him, Harry has dedicated thousands of hours volunteering to the industry, serving on various committees without asking for any gratitude,” adds long-time friend and past Tarion board member Peter Saturno, president of Midhaven Homes. “He has one of the most brilliant legal minds and common sense minds when it comes to real estate. And he’s one of the best orators you’ll ever hear.”

Herskowitz put those oratorical skills to use during his acceptance speech for the Lifetime Achievement Award, indicating that in his 40-year career he has never seen the building and development industry under such attack, from developers and builders grappling with land use policies and steep development charges to the dismantling of Tarion and the OMB.

“It makes you think government doesn’t like our industry, despite it being the only engine that’s running on all cylinders (in Ontario),” he said. Herskowitz urged those at the awards night to rally and speak up to politicians. “The government always has its hand in your pocket when there’s an election, so this is one of the times they’ll have to listen to your complaints.”

When Harry Herskowitz joined Tarion, there were no electronic records, no central organization, no construction performance guidelines or rulebook and three separate offices across the province that didn’t interact with each other, he notes. “As a lawyer, I found there was a lot of material to sink my teeth into. Through lots of dialogue with the industry, we developed guidelines to identify what a deficiency was and how to fix it. I was happy with a lot of the initiatives we implemented.”

The Tarion program is due for some major changes, based on Chief Justice J. Douglas Cunningham’s review of the warranty program. Chief Douglas was appointed by the Province in 2015 to conduct the review. Among its recommendations is that Tarion no longer be the provider of warranty protection—that would be offered by third-party providers—and that it be stripped of its role as regulator of new-home builders (the province will assume that responsibility). Tarion would continue to operate under a new name and as a not-for-profit corporation, retaining responsibility for all existing homes currently enrolled with Tarion.

“I thought we did a lot of great work, but the perception of builder bias on the board never changed,” says Herskowitz. “In all my years, there were never decisions made that padded the pockets of builders. Of all the things we changed, such as increasing warranty coverage, having deposit coverage, making things easier to track, there was always this vociferous group that felt Tarion was in the pocket of builders.”

Currently, Tarion serves as a licensor for builders in the warranty program, as a regulator, and is also the enforcement arm. If it still exists in a reincarnated way, it will become either the regulator or the warranty provider, suggests Herskowitz, thus serving a single function instead of three. With his expertise in condominium law, Herskowitz was part of the incredible growth of the GTA condominium market. He believes government policies that both limit where development can take place and promote intensification have helped to accelerate the thriving high-rise market.

“I never thought it would be so much of the market. I thought 30%. I never thought it would be more than 50%.” Harry Herskowitz also praises the manner in which the condo market has evolved, raising the bar for design, construction and energy efficiency and including innovative amenities such as urban gardens. But he reserves his greatest respect and admiration for all of those he volunteers with and works with in the new home and condominium world.

“It’s a phenomenal industry because of the people in the industry,” he says. “They are very optimistic, very creative, never take no for an answer and are always on the move, thinking of the next project, the next design—always adapting to new things.”

The respect is mutual. “Anyone who knows him admires Harry,” says Saturno. “He’s a great thinker and can walk into any situation and give a balanced opinion on all sides. That’s one of his biggest strengths.”

CENTRAL TO THE THEME Losani Homes brings a slice of the Big Apple to Hamilton Intriguing, challenging, innovative, attractive, game-changing—call it what you will, but Losani Homes’ Central Park project in Hamilton has garnered more province-wide interest than any development in the Stoney Creek builder’s 40-year history. But this year’s OHBA People’s Choice Award winner, […] ... Read more

PIONEERING IN SUSTAINABILITY, ENGAGMENT AND OUTREACH Guelph and District captures OHBA Local of the Year When they announced us as the winner of Local Association of the Year at the OHBA President’s Gala and listed our accolades, it really brought home all that we have achieved in the past year. We’re immensely proud and honoured […] ... Read more
Recent Magazine Articles
Archive Categories